ORLANDO, Fla. – They call themselves Warriors On Water, a group of Central Florida breast cancer survivors have found support and success through the sport of dragon boat racing.

Every September and October, the shores of Lake Fairview come alive with teams preparing for the annual Orlando International Dragon Boat Festival at Walt Disney World.

One of the teams you will find, practicing three days a week, is Warriors On Water. The group of over thirty women are all breast cancer survivors themselves.

They said the sport has given them a great outlet to talk about what they are going through with others, experiencing the same things.

“No matter what you’re going through, what stage of treatment, somebody on the team knows what you’ve been through,” said Sally Florsek, one of the original members celebrating five years with the team.

Florsek said being part of the group helps with some of the isolating feelings many have when fighting the disease.

“It’s like if you were a baseball team and everybody held the bat and swung at the same time,” said Florsek. “That’s what the dragon boat team is like; you all have to work together.”

Dragon boats are similar to a large canoe. Twenty paddlers, a drummer and someone to steer comprise a team. The boats can weigh hundreds of pounds. The object is to paddle in sync to achieve the best results. A typical race is 500 m long.

“This sport is just something that gets our mind off it,” said Maribel Delgado. “We’re just working to get our bodies back in shape to get strength back into our upper extremities.”

Doctors said the paddling motion is perfect for breast cancer survivors. Many lose muscle in their upper bodies after surgery. It also helps with a condition called lymphedema, where lymph node circulation is restricted.mod. 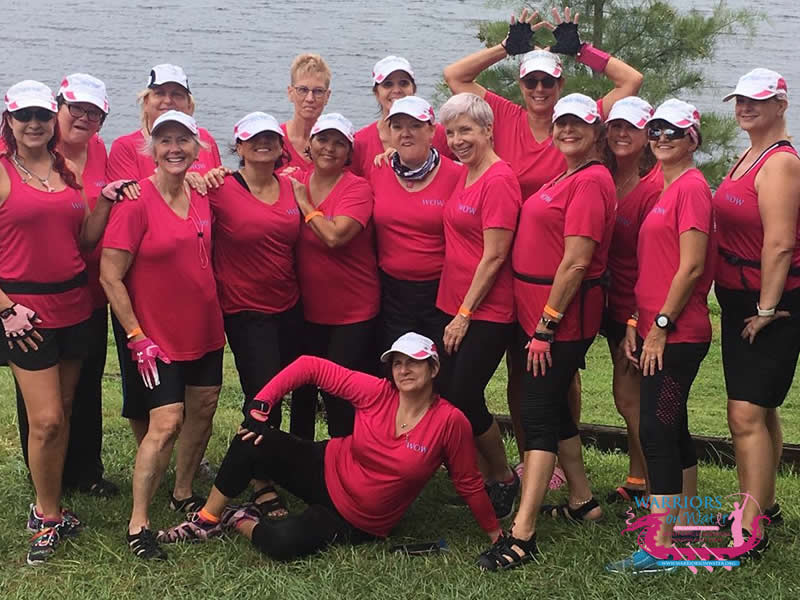